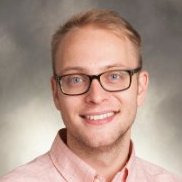 As scheduling aims to determine sequences of production operations, it goes without saying that priorities must be set.

Without this simple law scheduling itself would cease to exist. This is true for both the large companies as well as for SMBs. Especially in small job shops where agility and the ability to maintain a flexible schedule are among the highest valued attributes in planning. In this type of volatile business arena, it's important to have a schedule which can be flexibly adopted and considers the set of implicit priorities the planner has constantly in mind.

The Traditional Nature of the Big Beast

Of course, it's well known in the world of manufacturing that different companies will adopt varying approaches to handle scheduling within their differing environments.

However, who inhabits these traditional realms of manufacturing? 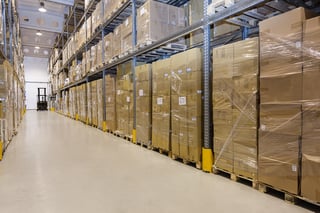 It is often the large firms. Yet even the big manufacturing beasts can be separated into assembly line production, where operational production planning issues are virtually non-existent, and massive make-to-stock companies, where there can certainly exist big scheduling challenges as a result of producing homogeneous types of products in large batch sizes. These second type of firms always face and deal with two major targets of scheduling:

1) Resource Utilization
Maximizing efficiencies by ensuring full usage of your given resources' capacities.

As these targets are mostly antidromic they cause quite a large dilemma when scheduling. Namely, which to focus on. Companies historically tend to focus on the former, ensuring that their resources are being used to maximum utility to minimize production costs (benefitting from the so called "economies of scale"). Well known among these are heuristic approaches such as priority rules (first come-first serve, fastest operation first, etc.). Another approach is to optimize the schedule by means of advanced planning and scheduling software (APS). This type of software includes complex algorithms which attempt to cover as much criteria as the decision field entails – which in almost all cases is a vast amount of space. There is no doubt that these tools can be mighty but time consuming and expensive as well.

At its core, this differs from small job shops where the nature of the business is often creating a unique customer order where the batch sizes often equal one (and hence where the "economies of scale" mantra is less relevant).

The New Nature of the Small Beast

Here the focus shifts from maximizing resource utilization to the timing of individual jobs.

Resource utilization still remains largely important, however the fast-moving nature of the business does not permit such emphasis be put on maximizing utilization but on achieving the deadlines of the jobs. 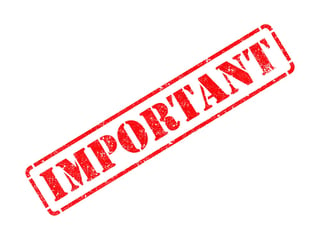 In a small job shop or SMB environment, the landscape is constantly changing - much more so than at large manufacturers producing product in bulk. Therefore, the planner is quite often juggling multiple factors which determine the priorities of all jobs to be scheduled.

These factors can be strategic (such as e.g. a job belongs to an important or new customer) or operational (such as the margin of a certain job). The typical world of make-to-order manufactures operates in a way that the composition of these factors is in a state of perpetual change and the factors themselves can change from SMB to SMB. Factors critical in one shop may be of minor concern to another shop in a different industry or area.

So efficient scheduling at SMB's must focus on the keeping delivery dates of jobs while easily considering the planner’s implicit mindset of priorities.

APS software is pretty far from being the golden solution considering its high costs, the high maintenance, the long reaction time coupled with the low flexibility to react to the ever-occurring changes of the decision field virtually eliminates it as a viable option for SMBs.

Building to Fit the Ever-Evolving Beast

This flexibility and the ability to readjust job priorities quickly is a must-have for small job shops. This is why the interface through which one schedules must be able to not only show what a planner sees but do what a planner needs to do.

In an efficient scheduling software for SMB's the planner should be able to easily bring his mindset of priorities into his schedules and be able to adjust it on the fly.

just plan it brings to small job shops and SMB's that which has till now not existed. Flexible visual scheduling which allows scheduling and prioritizing the way the planner thinks - implicit knowledge included.

These Stories on Scheduling Best Practices